Remember, you can only score in 10 events so please consider volunteering at a race and give something back to the sport, especially if you continually place in the points.

Please remember that you must score in at least 3 events to be eligible for top 10 percent status at the end of the Grand Prix.


Deprecated: Function create_function() is deprecated in /home/customer/www/huntsvilletrackclub.org/public_html/wp-content/plugins/cherry-plugin/includes/widgets/widgets-manager.php on line 577 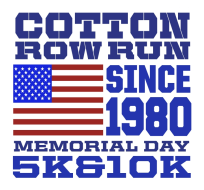